The 7 benefits of good editors (part one) 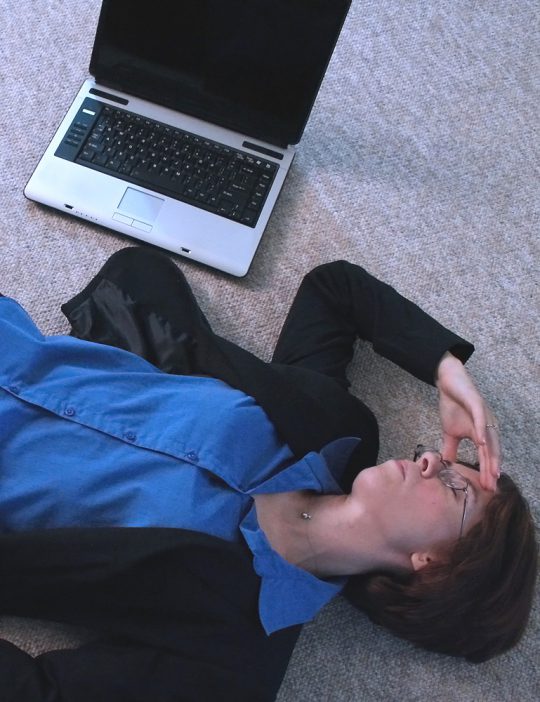 Just what does an editor do?

What good is an editor?

I hate to admit it, but even as an editor and writer myself, I think it’s a valid question. Editors are expensive. In the overall process of traditional publishing, I wouldn’t be surprised if the editorial portion of the cost of a book didn’t make up 50% or more of the budget for the first print run. I think it’s why most self-publishers offer editorial as an a la carte option—you can choose how much or how little editorial help you want.

So, before you decide which option you want—the “copper package” that means a quick, but thorough, proofread; or the “platinum package” that includes a substantive edit and a free session with a psychologist for after you get the editor’s feedback (yes, that’s a joke)—it might be a good idea to explore more of what editors really do, and how much you might benefit from their help. Or whether they are an option you can do without.

So, hoping to be helpful, in the following two posts I will describe what I consider to be the 7 levels of editorial benefit. In this first one, here are the four I think we usually associated with what editors do:

This is the basic value of what many would call, “a second set of eyes.” When we reread what we write, even if we have terrible memories, we tend to see what we meant rather than what is actually on the page. Typos are cleverly disguised by our minds to be the words we intended to write, and whatever we meant when we used “there,” “their,” or “they’re” still means the same, ever if we wrote the wrong one. (Don’t even let me get started on “affect” vs. “effect,” “it’s” vs. “its,” verb tenses, or any other common mistake I have thoroughly overlooked—often even after several passes—in my own writing.)

Though good proofreading is far from simple, it demands the least amount of time beyond reading the text, and thus demands the least amount of time. While it requires a steady eye for detail and a meticulous mind, proofreaders need little, if any, knowledge of the subject being discussed. Then don’t even need to care about the quality of the writing. In fact, many good proofers read the text backwards, sentence by sentence, to keep meaning from interfering with what they are seeing on the page in front of them. Each phrase is an island unto itself in a sea of prose. They make sure the copy is clean and grammatically correct, not that it makes any sense.

While this is close to proofreading, it is usually not done by the same person. The traditional editorial process involves at least 4 different editors: a developmental/substantive editor, a copyeditor, and 2 proofreaders. This is one of the focuses of the copyeditor, not the proofers. One of the jobs of a copyeditor is to ensure the manuscript makes sense and is clear and correct, sentence by sentence and paragraph by paragraph. This slight change in focus usually means that it is best this is done by a different person than the proofer, because this level of manuscript analysis can get fooled by meaning the same way a writer gets fooled. Copyeditors can miss things because they are focused on clarity and flow of thought, not necessarily on the accuracy of each word. They will catch as much of what a proofer focuses on as they can, but sometimes things still slip through.

Good copyeditors will also look at all of the citations in a manuscript and verify that what you said was quoted on page 136 of a book is actually on page 136 of that book exactly the way you transposed it into your manuscript. They will verify that such and such a study done at Syracuse University in 1997 actually concluded what you said it concluded. Or that such and such an event actually happen on such and such a date. This, again, is a meticulous process, and may be one of the greatest reasons ever to be thankful for the Internet and search engines.

One of the first books I ever copyedited resulting in me briefly attending medical school—I spend a day at the local medical school library finding and photocopying all of the studies in scientific journals to verify a book on naturopathic medicine that I had been assigned. In fact, for one of the studies, I actually found three newer studies that contradicted what the book had said. In sharing these with the author, he was thankful and we rewrote that section. I have savored that experience for some time, because it has allowed me to say, from time to time, “Well, back when I was in medical school, I once read . . .”

4. Verifying the logic and consistency in arguments

This ground is somewhat divided between copyeditors and substantive or developmental editors (the last two descriptors are sometimes used interchangeably, while other times they are two different people and two different stages: the developmental editor will work with the writer or ghostwriter to develop and create the manuscript; the substantive editor will be the first to review and evaluate the completed manuscript for whether it is done or needs to be reworked). This stage of analysis verifies that the assertions in the text make sense and that the books if free of gross contradictions. Is the book persuasive from front to back in a linear fashion? In a novel, do the plot elements stay consistent throughout?

There was an element like this missed in the first printing of Harry Potter and the Goblet of Fire. In what became known as the “Wand Order Mistake,” Harry and Voldemort’s wands engaged in a magic interaction where those executed by Voldemort’s wand came out in reverse order. In the text, James Potter exited before his wife, Lilly, suggesting that he had died after her. This was confusing because earlier books suggested he had died protecting her. Readers thought they had discovered some hidden clue Ms. Rowling had tucked away for the astute in order to introduce some new plot twist. Instead Ms. Rowling said it was a mistake due to “late night writer’s fatigue.” It was big of her not to blame her editors for missing it, since catching such mistakes is exactly what editors are supposed to do.

That said, little mistakes like this get through all of the time and very few are noticed to this degree—probably because few books have such attentive readers. They corrected the mistake in subsequent printings: James came out after Lilly because he had died before her.

All of these seem to follow under what could be called “the value of a second set of eyes” principle I described above—or more accurately, the value of a second, third, fourth, and fifth set of eyes. They are sort are sort of “the bar” for what we expect of editors—while we as writers are the visionaries, we tend to think of it as the editors’ job to remove all the errors and make sure our brilliance flows through clearly. And that, in deed, is part of the value of what an editor can provide, and an important one, but in my mind and practice, an editor should be much more as well. But I will save that discussion for my next post.

What do you think? Do editors add value beyond what I have share above? Any guesses on what I plan to share in part 2?