How to Deal with the Voices In Your Head 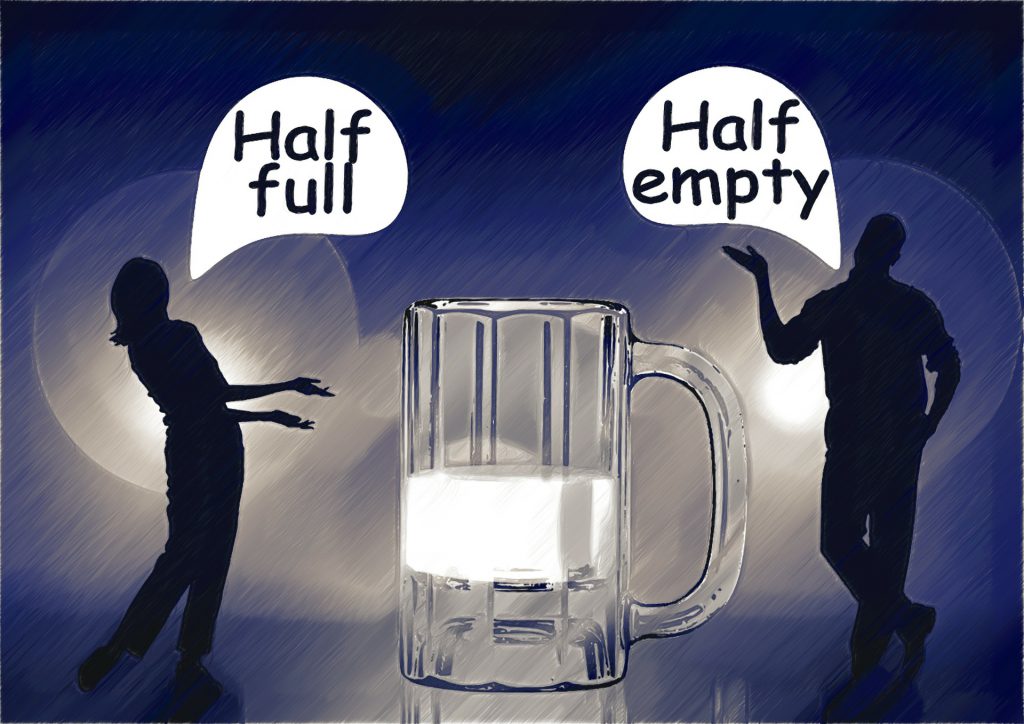 At least Dr. Jekyll was never both himself and Mr. Hyde at the same time (for more modern readers, that should say, “At least Dr. Banner was never both himself and the Hulk at the same time,” if you catch my drift—who was it that said, “There are no new stories”?). Writers don’t have it so easy, though. For us, it’s like we have two competing voices in our heads whenever we sit down to hammer  our thoughts out onto white screen space—and, no, fiction writers, I’m not talking about our characters arguing over how you should tell their stories, that’s something different—I’m talking about the competition between the enthusiastic brainstormer who loves every idea that you stumble upon and the realist critic who always thinks you can do better and wants to keep you grounded.

You might think you want one and that you should get rid of the other, but the truth is both are important for different stages of writing. The wrong voice—or “advisor”—in in the wrong phase can kill your project dead in its tracks.

The voice you want in your head while you are drafting is the one that says, “Oh my God! This is so brilliant! What a vein of gold you are mining! Keep digging! Superb! Genius! The world will be changed forever once you get this out there!” It’s like those teachers back in the 70s who praised everything students did in the hope of build up self esteem (even though it created a sense of entitlement instead, but that’s a subject for a different blog.) When you are drafting, you want to totally shut down the editor in your head and just get ideas down on paper as fast as you can. For that, only having the raving fan of your own ego around to cheer you on is exactly what you want.

I call this the “white hot” phase of drafting. It’s like you can’t get the words onto the page fast enough, the ideas are coming so quickly one on top of the other. There’s an intoxication to it. You lose track of time. You wander off into the stories, metaphors, and subject you are writing about and have no sense of anything else. It’s an awesome place to be. I love it. But that only happens when I lock that editor up very securely and for once in my life, believe everything my ego tells me about how great I am.

When editing, however, letting that critical realist back out is crucial to writing well. You see, even though you knew your stuff was earth-shattering while under the influence of of your ego, when you look at it in the clear light of the next day, you will probably realize the truth: what you wrote yesterday is more sluice refuse than gold. There is gold in there, but it needs to be picked out and refined with a critical eye or no one else will be able to recognize it for what it is. That’s what the editor in your head does well, even if a little brutal when it goes about honing, refining, and wordsmithing your text.

At the same time I have found this editor strangely more positive when helping me improve something already written. While that critical tone is death in drafting, it’s powerfully enlightening in editing. At the same time, while I’m editing, it’s the “Everything is awesome!” “You are such a genius!” voice I need to lock in the back closet. That character can talk me into keeping things that will ultimately make my writing self-absorbed. He encourages me to leave in things that will draw my reader away from the ideas I am trying to communicate. He makes me lazy and convinces me I don’t need one more read-through or outside help from another pair of eyes. While editing, I need to listen to and objectively evaluate everything the editor says about developing ideas better, doing more research, killing my darlings, or the like without that voice in my head that tries to convince me I can do no wrong. Though I am ever the optimist, I need this realist to keep my writing grounded as much as possible.

Why Having a Split Personality Can Be Helpful

While the editor is horrible at drafting, he’s great at refining my writing and making it shine. While the “You are such a genius!” brainstormer is so great to have around while drafting, he’s like a child who won’t give up his favorite toy before bedtime when it comes to getting rid of excess baggage in my writing and clearing up the clutter. You’ve got to know who to listen to when if you are going to get through the two important tasks of #1) getting your ideas down on paper and #2) refining that draft so your message comes through clear and strong. (And, yes, at some point it’s a great idea to send it to an outside editor as well, but I already covered most of that in “The 7 Benefits of Good Editors”).

So, what’s your secret for focusing on getting your ideas down when you’re drafting? Do you have to lock up your mental editor like I do? Do you bring out the realist when it’s time to edit? Or do ignore him when he tells you something you really like needs to be cut?