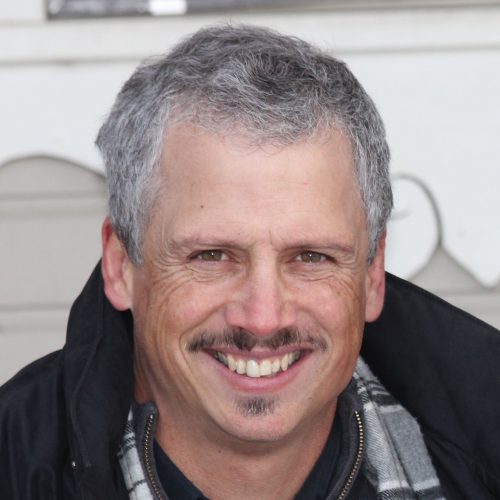 I am a bit of a man behind the curtain—one of those who work in what a friend of mine likes to call “the seedy underbelly of the publishing world.” I am a freelance writer and editor that often ghostwrites (please don’t tell anyone!) and sometimes consults to help individuals, companies, and non-profits organize and communicate their stories.

It can be a really fun job because it means I get to work with visionaries, people with big hearts, and those who make things happen. I have worked with ministers, doctors, musicians, motivational speakers, parenting experts, financial advisors, non-profits, innovators, advocates, entrepreneurs, a political analyst, a former senator, a plaintiff in a wrongful termination lawsuit, and a pet psychologist. All-in-all, I have collaborated on/written over fifty books including two that hit NYT Bestsellers lists and another that is closing in on two million copies sold.

Most of them, though, I can’t tell you about. As a ghostwriter, it is part of the code that I don’t tell anyone I actually wrote their book. Mum’s the word. Really! And you would be surprised how many of us are out there. (Though I did not ghostwrite anything for President Obama or know who—if anyone—did. Living in Boulder, I have been asked about that more than once!)

So why do I have a blog?

Because, over the last decade and a half that I have been ghostwriting (and the years before that when I was an editor at a upcoming publishing house and before that a writing teacher), I have learned a lot about writing and getting your message out. I thought it might be helpful to people if I shared some of my secrets for writing and for getting books done quickly. (Yeah, I am one of the guys they call when the deadline is in two months away and they want a 386-page book done from scratch!) I have had a lot of experience turning “meh” ideas or manuscripts into “Wow!” books.

So, because I like to write—and because I have been told all writers are supposed to have blogs—and because I get asked a lot of questions about writing and would really like to have an outlet to help more people with those questions, I decided to create a place where I could share my secrets (and some things that aren’t really secrets, but people don’t think of them in the right way) and see if we can’t get more of the ideas people really need out into the world to make it a better place.

Interested in joining this journey? I’d love to do what I can to help you get your idea for a book, movie, graphic novel, LP, speaking tour, or whatever ready to impact a broader audience. If you are one of those who has a great idea but is unsure of what to do next—or even if you have already started or finished something, but it’s just not getting the attention it should—then please sign up to my e-mail list (see the sign-up form above) and let’s connect regularly to see what we need to do to get you to the next step!

I grew up in Grants Pass, Oregon fishing on the Rogue River and local lakes of “God’s country”—the land south of Wolf Creek and north of the California border—whenever my dad or my grandfather could talk me into it. Other than that I was catching crawfish in the creek, playing kick the can with the neighborhood kids, watching far too much television, and enjoying the freedom having your own bike provided before cell phones allow parents to get ahold of you whenever they wanted to.

My Grandfather Killian loved to fish and watch cowboy movies, of which he used to say, “All westerns are true stories; and if John Wayne is in it, it is even truer.” That “truth” still taints me to this very day. I have never been much of a cowboy, but I have always been intrigued with the possibilities of the frontier and the promise of wandering beyond the borders of where most people are willing to go.

I grew up loving sports and school, the second of which I was better at. Baseball is still my favorite religion (though that may be because what most people call religion I think of more as a relationship with the Eternal—and like any relationship, I have had a hard time boiling down to a list of does and don’ts rather than just enjoying hanging out together when we can).

Even though I was more of a math and science guy, I always loved stories and fell in love with writing in the classroom of Andy Anderson at the farthest reaches of the English building on the Grants Pass High School campus (back when the English building was still standing, that is). It was there that Mr. Anderson read our personal narratives to his classes and my friends and I tried to outdo each other in getting everyone to laugh. He made me love language and crafting writing so much that I decided to major in English when I went to college. I am still not sure whether I should be grateful for that or not, but I do love it.

I attended University in Salem at Willamette (for those of you in California or east of the Rockies, that’s pronounce “will-am-it,” rhyming with “damn it”), and then served in the Peace Corps in the Central African Republic (which is, at this writing, a war zone—my heart goes out to it every time I think of it). That is where I met my wife, Melissa, and since we couldn’t agree on moving to Oregon or Colorado when we returned home, I got a job teaching at the American Community Schools of Athens, Greece so that we could move there instead. We lived in Athens for eight years and both of our children were born there.

After Greece, we moved to Tulsa, Oklahoma where I transformed from a writing teacher into an editor. When my publishing company was put up for sale, and then that sale fell through, and they fired everyone in my company except for one of the marketing guys and me. Missing the colleagues I had grown to love and respect, I decided it was time to start over somewhere else rather than continuing on without them. So I resigned a couple of weeks later to start my freelance editorial and consulting firm. Finally agreeing with my wife that Colorado was a great place to raise our kids, we moved closer to her family in Boulder. We have been here ever since.

Together, we started our business, Killian Creative, the day we arrived in Boulder in July of 2001. Since then, it has been a great, and at times scary, ride. Solopreneuring isn’t for the faint of heart. Those, however, are adventures I will leave for my blog posts.

I look forward to connecting with you in the comments!

21 Days of Writing Inspiration, Tips, and Tricks, plus other writing tools as we create them.